What Are the Different Types of Juggling ?

When many think of juggling, they imagine a performer tossing objects into the air and catching them, but there are actually many different types of juggling.

What are these different types of juggling? 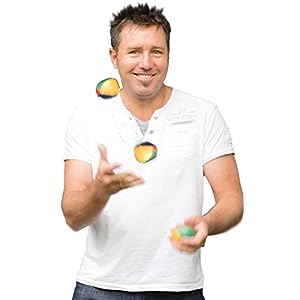 Here are three of the most common forms of toss juggling:

This form of toss juggling involves throwing multiple balls or similar spherical objects like bean bags in the air in varied and interesting patterns.

For many, ball juggling is the first type of juggling that they experience. Beginners often begin learning to juggle with three balls and casting them into the air using basic patterns.

These patterns include cascade, shower and columns.

Once beginners have learnt these basic patterns they are then able to learn more complicated patterns, and add more balls. Adding more balls into a routine can be difficult at first and requires for the ball to be thrown higher into the air so that there is ample time to catch them all, but once beginners have learnt these patterns through ball juggling, they can start applying them to other objects like clubs.

Club juggling is another popular form of toss juggling that many have seen before. It first appeared in the 1870s with Ohioan James DeWitt Cook being the first club juggler.

Juggling clubs requires a certain technique that can also be applied to juggling torches, knives and chainsaws, and is more challenging than juggling balls or bean bags. This is because there are additional variables that need to be taken into account such as the spinning motion or the up and down motion involved.

Once you master club juggling though, it is an impressive skill to add into your juggling repertoire.

Ring juggling requires a similar method and patterns to ball juggling, but can involve more interesting tricks for the learner to perform.

This type of toss juggling, as the name suggests, uses rings and started to become more well known in the 1930s. It was popularized by performers like Jenny Jaeger, Angelo Piccinelli, Italo Medini, Freddy Zay, and the 2 Langers.

Before the 1930s hoops and plates were commonly used by jugglers, but over time rings naturally became a hybrid of the two. Rings utilize the flatness of the plates, but the appearance and use of hoops with the exception of rings being smaller than hoops.

Since the 1930s this type of toss juggling has remained popular and has maintained its status as a staple for many jugglers. 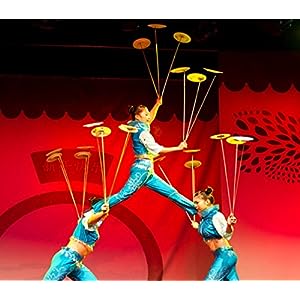 Plate spinning is a more ancient type of juggling. It has been used in Chinese acrobatic performances for at least 2000 years since the Western Han Dynasty and has been performed in the West as early as the 1300s.

To perform plate spinning, plates or bowls need to be spun and balanced on top of sticks without them falling. Spinning multiple plates without letting them fall can however prove to be very difficult.

This type of juggling can be performed in a multitude of engaging ways and is a charming skill for jugglers of all skill levels to learn. 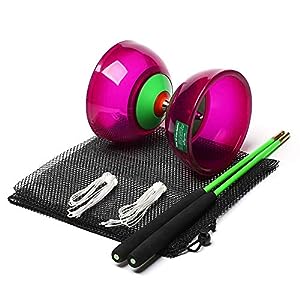 The diabolo is a juggling prop that resembles an hourglass shape. It can be tossed into the air and manipulated using two sticks that are connected by a string.

This juggling prop was derived and developed from the earlier Chinese yoyo. At the end of the 1700s, European missionary Father Amiot brought the Chinese yoyo from Beijing and introduced the toy to Europe. It wasn’t until 1905 however until the diabolo was developed by Gustave Philippart who was an engineer from Belgium. Philippart partnered up with C.B.Fry and together they introduced this reinvented juggling prop to Europe, causing the prop to quickly gain popularity.

To get a feel of the fun and dynamic range of this prop and the multitude of tricks you can perform with it watching video demonstrations is highly recommended. 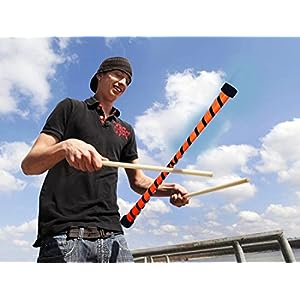 Devil sticks involve the manipulation of a larger baton through two smaller sticks with which you can perform a variety of tricks. This type of juggling is most suited for tricks.

Devil sticks are another juggling prop that originated from China before being introduced to Europe. One of the earliest appearances of devil sticks was in 1820 when brothers Moody and Medusa Samme performed with them in Prague.

Crystal balls are often used in contact juggling and when performed it can appear as if the ball is magically floating above the artists body, creating a fantastical and enjoyable performance for audiences 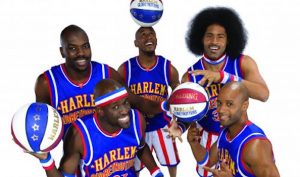 Ball spinning is a type of juggling where a ball is spun on the performers finger as they move into various complex poses. It involves a combination of contact juggling and plate spinning.

This form of juggling can be dated back to 1847, but is most associated with The Harlem GlobeTrotters in the 1970s. To look at earlier images from 1874 of this type of juggling you can research D’Alvini who is also known as William Peppercorn. Illustrations of D’Alvini depict him performing ball spinning tricks such as spinning a ball while lying down.

Following the 1940s ball spinning has maintained its status as a classic and crowd favorite, making it a wonderful skill to add to your list.

This type of juggling involves the manipulation of objects using the feet, and occasionally both the feet and hands.

This style of juggling utilizes a range of different props such as soccers, hacky sacks, umbrellas and parasols, and can be performed standing up or while sitting or lying down with the feet in the air. When standing the juggler can catch the prop using their feet, and when lying down they can juggle and balance the object with their feet.

By making use of both the hands and feet, this style of juggling is an area that can involve a multitude of different combinations and tricks that can only be achieved through foot juggling. It’s a form of juggling that is still growing, making it an exciting style of juggling to get into, learn and develop.

As you can see from this list, juggling doesn’t just include tossing objects into the air and catching them. There are a plethora of ways to juggle from contact juggling to manipulating a diabolo and as time passes new props and tricks are continually being invented and reinvented. Learning all the various types of juggling is a wonderful way for both new and seasoned performers to reinvigorate and bring more fun to their routines either as a hobby or as part of a professional performance.