The History of Juggling and the World’s Best Jugglers 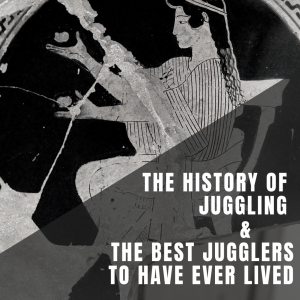 The history of juggling has its beginning in the history of the name itself. The word “juggling” is derived from a Middle English word “jogelin” which means “to entertain by performing tricks” Juggling is a physical skill which involves throwing objects in the air, catching them and throwing them back up.

As simplistic as that definition is, it’s a basic explanation of what juggling is. However, what makes juggling the popular sport or activity that it is is not just the throwing of objects in the air; it’s the speed with which the objects are thrown and caught, the technique the, juggler uses, the facial expression and body language of the juggler. All these factors combine to make juggling one of the fascinating sports to watch.

There are different forms of juggling. Different jugglers engage in different tricks (simultaneously sometimes) to entertain their audience, and as a result, so many different juggling forms have emerged.

Juggling is one of the oldest forms of entertainment known to man. Finding out when exactly juggling became known and how it has made its way through different eras would be a long walk down history lane.

At the beginning of a thorough juggle through history is Ancient Egypt. The history dates as far back the earliest civilization. Juggling was seen painted in hieroglyphics on an Ancient Egyptian tomb (The Beni Hassan tomb) dating as far back as 2000 BC (4000 years ago!). Since Ancient Egypt, most of other ancient civilizations have history of juggling; this includes Ancient China, Ancient Rome, Ancient Greece, Aztec India and Native America. Ancient Irish literature also contains records of juggling.

Between the hieroglyphics on the tomb and the next proof of juggling is about 1500 years. (This, however, does not mean there was no juggling in that time). 1500 years after juggling was drawn on the Egyptian tomb, evidence of juggling was shown in Greek art. The jugglers in Ancient Greek were mostly women. In 603 BC in Ancient China, a story is told in which a warrior named Xiong Yiliao stepped out during a battle and juggled nine balls in front of the enemy; this scared them so much that they turned around and fled.

During the reign of the Roman Empire, jugglers are a constant feature of the temples and elite courts. Romans were very interested in juggling the extent of which is shown on the gravestone of Tagatus Ursus (53-117 A. D.) on which he claimed to be the first person to juggle glass balls. However, the fall of the Roman Empire brought with it an end to the common indulgence of jugglers. Juggling was tagged immoral and in some cases, evil. They were seen as con artists and witches who were only trying to manipulate people. As a result of this juggler only performed in the streets, taverns and fairs. They were relegated to living akin to beggars as the performed tricks for a coin to be placed in their hats.

After a while, kings and highly placed people started to use jesters for entertainment. The jesters included juggling in their act, and it once more became part of the royal entertainment. In 1528, Christopher Weiditz while traveling around Mexico, made drawings of Aztec jugglers. And around the same period (the 1500’s) in Ireland, juggling was so popular that jugglers were mandated to pay compensation to members of the audience that were injured by the juggling balls.

Juggling In The Middle Ages

By the end of the Middle Ages, juggling was back in the center of entertainment. Pierre Gringoire who was the most popular juggler in England was given the title “King of Jugglers.” He used to entertain the royal families and perform during important events. Jugglers were involved in every facet of entertainment; streets, musicals, plays and all kinds of performances. They were used as an intermission, to distract audiences before another performance began and even as party entertainment.

Jugglers also became popular in art during this period. Artists drew jugglers on pottery, walls, canvases and in books. At this point, jugglers were full blown entertainers who even engaged in other forms of entertainment like magic and singing to make their acts a complete package. Jugglers of that time were always traveling; they moved from one town to the other entertaining the locale and taking their acts elsewhere.

Juggling was free from its dark reputation so much so that in 1680, the town council of Nuremberg in Germany retained the services of a juggler. The juggler’s services were retained not just as an entertainer but as a teacher. He taught the youths the art of juggling and walking the tightrope. In 1768, Philip Astley opened the first circus; he, however, didn’t include jugglers until a few years later. It was then that jugglers became a part of circus acts and in 1793, jugglers appeared in circuses in the United States of America. In the same period, on the Tonga Islands, juggling had become so popular that young girls juggled up to 7 objects at the same time.

Into The Modern World

In the 1800’s and 1900’s, juggling began to play a role in Vaudeville entertainment. Vaudeville entertainment was a light comical performance involving comedy, singing, and dance. Vaudeville performers began to include juggling in their acts, and it became very popular. A juggler called W.C. Fields was one of the popular acts that combined juggling with vaudeville performance. Within this period, rubber balls were manufactured, and jugglers began to make use of them because they brought in a whole new method of juggling with their bounce feature which was previously impossible as balls were made of twine or metal.

The rubber balls were also inflatable which made them easier to spin. In 1885, the first duo juggling performance was recorded when the “Murdock Brothers” spun four clubs between them while standing on a pedestal. In 1912, the German juggler “Salerno” invented the first lighted juggling clubs by inserting electric lights into the clubs that changed colors while the clubs were thrown.

The 1800’s also brought with it a trendy fascination with “far east” jugglers. Jugglers from India, China and Japan, became highly sought after. This was major because of acts like Burmese Moung-Toon who juggled only with his feet and the popular Awata Katsnoshin who came into the United States with the Japanese troupe in 1870 and laid the foundation for the modern day ball manipulation done by present-day jugglers. It was as a result of this fad that a German juggler Carl Rappo pretended to be Indian and performed sensational oriental acts.

Juggling In The 2oth Century

As the twentieth century bore down, the invention and popularity of television and the radio resulted in the reduction in the popularity of Vaudeville entertainment and any stage entertainment entirely. Plays and musicals that were previously performed on a stage where transferred to Television but juggling was not so lucky. Juggling performance as a whole seemed to have been completely cut off from entertainment. Jugglers still managed to find street corners and rare events where their skill was appreciated but they were few and far between. Juggling had to become more of a hobby than a profession.

In 1947, during a convention of the International Brotherhood of Magicians, the idea for an organization dedicated solely to juggling was born. A group of jugglers formed the International Juggling Association, and their first festival was held in 1948. The organization despite its name is also open to nonprofessional jugglers and people just interested in juggling. It holds juggling competitions which became televised when the World Juggling Federation was formed in the year 2000 by Jason Garfield. 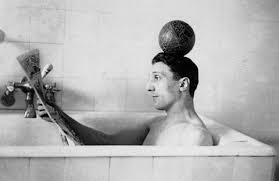 Enrico Rastelli has frequently and accurately been described as the greatest juggler who ever lived. He was born to parents who were both performers and started training to be a performer from childhood. By time Enrico was 19 he could already perform a solo juggling routine. Rastelli usually wore a kimono while juggling and he juggled three items which were usually plates, balls, and sticks. He later moved on to wearing a silk costume and then to a soccer costume, it didn’t matter what he wore, he constantly amazed audiences. His technique was far more developed than others in his time, and his performance was nothing short of pure art.

Rastelli could juggle (and he frequently did) 10 balls, eight sticks, and eight plates. He juggled multiple objects while having one balanced on his head or even while jumping through a hoop or skipping. For some reason, however, he never could juggle nine balls. Even though his life was cut short at a young age by pneumonia, Enrico Rastelli’s influence in the world of juggling is still felt and would probably continue to be felt for centuries to come.

Francis Brunn was a German juggler who is popular for being the first juggler to juggle 10 rings. Another very popular and important fact about Francis Brunn is that he was one of the fastest jugglers the world ever saw. His stick tricks dazzled audiences as he would throw up his last stick and jump to catch it. Francis also set himself aside from his peers with his head-butting technique. During his performance, he would sometimes unexpectedly jump and hit the ball with his head. His amazing speed and creative ways of performing set him up to be one of the world’s best jugglers.

Selma was known as the best female juggler of her time. In the earlier days of juggling, women weren’t participating; this is despite the fact that the first know image of juggling (in the Egyptian tomb) was of three women juggling. Selma Braatz was born into a family of female jugglers. Her aunts Welda Braatz and Clara Braatz were both successful jugglers, and they trained Selma to become a juggler as well. In addition to the meticulous training received from her aunts at home,

Selma was also trained by the popular German juggler Salerno. It’s no wonder she turned out so great. During her career which began in 1902 and ended in 1937, she traveled to five continents. Her acts involved tennis balls, a racket, a five-ball routine, six balls, a routine with a top hat, gloves and an umbrella, three color changing torches, and a wooden ball.  Selma Braatz was a delight to watch. 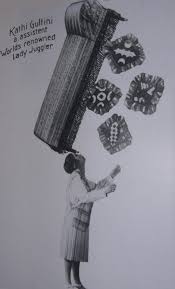 Kathy Giuliani was a juggler who started her juggling career in 1908. Kathy was the first juggler to bounce eight balls off a drum. The most impressive part of Kathy’s act and what qualifies her to be on this list is the fact that she could (and did!) juggle four cushions with a couch balanced on her forehead.

Anthony Gatto is a modern-day juggler who has already made his mark as one of the world’s best jugglers. This performer became a world-class juggler at the age of 9 and had remained so ever since. Anthony holds ten juggling world records which include juggling seven rings for a whole 15 minutes 5 seconds in 2011. He is also the only juggler to have ever won the Golden Clown Award at the International Circus Festival of Monte Carlo. Anthony Gatto is paving the way for greatness in juggling in this generation.

In conclusion, juggling has come a long way. The history of juggling as we can see above can be traced as far back as the first human civilizations. Juggling has grown beyond being just a profession to being a sport, a hobby, a discipline and a way of life. Great men and women have made juggling what today is, and it will continue to be a part of human life for years to come.